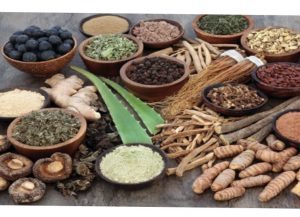 “Because we cannot scrub our inner body, we need to learn a few skills to cleanse our tissues, organs and mind. This is the art of Ayurveda.” – Sebastian Pole

​Ayurveda is the most ancient and most profound health science in the world. Ayur  means age or life and veda means knowledge. Hence Ayurveda means the science of life. The origin of Ayurveda is traced back to 1500 BC, although according to the Charaka Samhita’s far more ancient. The Charaka Samhita and the Sushruta Samhita – two important ancient writings on Ayurveda provide the most comprehensive analysis of the constitution of human organism, the medicinal values of plants, herbs and minerals and detailed surgical techniques. Divodasa Dhanvantari, a king of Kasi is said to be the founder of the surgical practices of Ayurveda. His teachings were documented by his disciple Susruta years later. Writings from the 6th century BC reveal that the great ancient surgeon Jivakawho was the personal physician of Buddha, performed skull surgery on Emperor Bimbisara. Takhsila (now in Pakistan) and Nalanda (in the State of Bihar, India), two great Indian universities of ancient India, had regular courses in Ayurveda.

​Verse 41 of Chapter 15 of the Susruta Sutrasthana provides the most comprehensive definition of health till date. It states: “He is healthy whose Doshas Agnisand functions of Dhatus and Malas are in a state of equilibrium and whose mind, senses and soul are in an optimum state of wellbeing”. Doshas are the chemical constitution of the body, Agnis the digestive fires, Dhatus seven variety of body tissues and malas the waste processing and disposal. While describing the anatomy of the human body, Sushruta-Samhita provides considerable details on human organs including 500 muscles, 900 ligaments, 300 bones, 210 joints and 107 vital spots in the body called Marmans. According to Prashnopnishad, the total number of energy channels in the body has been set at 720,000,000.

​Ayurvedic writings reveal that the human body is deeply rooted in nature and is a reflection of the cosmos. Five fundamental elements (panch mahabhut) – aakash (ether and space), air, fire, water and earth – which constitute nature, also constitute the human body. Each human sense of perception represents oneof these five primordial elements. Ether and space arerepresented by the sense of hearing, air by the sense of touch, fire by the sense of sight, water by the sense of taste and earth by the sense of smell. In addition, the human body also has four subtle elements called mind, intellect, ego and the pranas. The five physical elements constituting the physical organs of the body are reflected in three Doshas or humors called vata, pitta and kapha. Vata represents space and air, pitta represents fire and kapha represents water and earth. Primarily, all body ailments arise from the imbalance of these three humors. Each human organism is characterized by the predominance of one or two of them. This determines his metabolism and natural susceptibility to certain illnesses. Vatta regulates the respiratory functions, body movements, the circulation of energy, the nervous system, excretion and procreation. Pitta regulates the digestive functions and assimilates food with the body in the form of seven dhatus constituting the body, namely plasma (rasa), blood tissue (rakta), muscle tissue (mamsa), bone tissue (asthi), adipose tissue (meda), bone-marrow (majja) and semen (sukra). Pitta also regulates hunger, thirst, softness, luster and body heat. In modern terminology they are called nutritional system, tissue building, enzymes, hormones and metabolism. Kaphalubricates the body organs and joints, stabilizes the skeletal system, provides strength for the body and muscles and helps healing of wounds.

​Ancient Indian vaidyas (doctors) had analyzed the medicinal properties of millions of plants and herbs and each part thereof (leaves, roots, bark, flower, fruit, seed etc.). Imagine the vast science behind analyzing properties of millions of different plants, herbs and minerals and billions of different combinations thereof. Based on these properties and their role in human health, a variety of formulations were developed to strengthen our immune system and to cure ailments.Additionally, a correlation of each item of food was established with one of the humors mentioned above to serve as guide to good health. This had been done on the basis of six basic tastes of food namely; sweet, sour or acidic, saline or salty, bitter, pungent and astringent. Impact of different seasons – spring, summer, rainy season, autumn, pre-winter and winter – on human body has also been examined scientifically. Similarly, how emotions and mental state of the body impact on these three humors was also worked out in detail.

​Taking dry, cold and astringent food, the suppression of natural urges for excretion, taking food without feeling hungry doing excessive activities without proper sleep at night, speaking with a loud voice and doing excessive physical exercises aggravates vata, so does rainy season. An excessive intake of pungent, sour and salty food and alcoholic drinks with spicy food aggravates pitta. Pitta is also aggravated by anger, fear, fatigue, excessive exposure to sun, hot air, dry vegetables and irregular eating habits. Similarly, the autumn season also aggravates pitta. Kapha is aggravated by an intake of heavy, oily and sweet food. Sleeping during the day, eating cold fish, an excessive intake of sugar and confectionary items may also cause an aggravation of kapha. Kaphais also aggravated during spring. Ayurvedic writings provide detailed analysis of the diseases arising due to the imbalance of these three humors and also prescribe methods for restoration of this balance both through intake of food and medicines and behavioral changes.

​ Ayurvedic diagnosis of diseases is based on the reading of the pulses and the observation of tongue, eyes, face, skin, body temperature and human waste – urine and stool. These are completely non-invasive techniques based on natural body symptoms. Their prescriptions are primarily directed at the restoration of the normal functioning of body organs rather than curing the symptoms. Medicines are basically in the form of changes in food intake supplemented by herbal and plant-based medicines which easily assimilate into human organism. Behavioral changes and yogic and breathing exercises also form part of their prescription. Surgical interventions are suggested only in extreme cases. Herbal medicines are also prescribed to boost the immune system of the body. Ashes of gold, silver and some other metals as also those of pearls are used in ayurvedic medicines to strengthen the body’s defense mechanism. Body massage and periodic cleaning of body toxins through techniques like panchkarma form important techniques of Ayurveda. On the whole ayurvedic treatment is holistic, natural and non-invasive with no side effects. Ayurvedicdoctors know that once the normal functioning of body organs is restored, the body’s self-healing system will automatically take care of the diseases.

​The body’s defense mechanism against diseases and its self-healing properties are mind-boggling. We don’t even know how many germs and viruses are defeated every second by the defense mechanisms of the body. The immune system of our body is nothing less than a well-equipped fort to guard against the enemy. Whenever these defenses weaken, the body becomes susceptible to outside attacks and therefore the frequency of illnesses increase disproportionately. As soon as we get a cut on any part of our body the self-healing mechanisms of the body swing into action. First bleeding stops through formation of a clot, then the self-healing process sets into motion to repair the damaged blood vessel, then a new skin replaces the damaged one to heal the wound. We take all this for granted without realizing the miraculous system behind this elaborate process. Imagine the consequences if the bleeding does not stop. Moreover, as soon as we lose blood due to an injury or a cut, the body mechanisms set in motion to produce additional quantity of blood to replenish the lost quantity. Imagine the consequences if the replenishment does not happen! When a person hurts his right hand the body mechanism immediately gets into motion directing the activities to the left hand. Once I had developed pain in one of my left molars. Immediately the body mechanism set into motion directing all the food I was eating to the right molars. I didn’t even realize this until I consciously thought of it. Thousands of miracles happen in our body every day. We take them for granted. There is a doctor of doctors sitting inside our body, constantly inducing self-healing. Ayurveda keeps that doctor healthy and alert.

​Thus, the primary emphasis of Ayurvedic science is to strengthen the defense mechanism of the body so that the invasive forces can be defeated and ailments are kept away. However, the Ayurveda also provides elaborate system of treatment and even of surgery when needed. Since the food we eat, becomes our body parts, Ayurvedic treatment is primarily based on regulating food, periodic cleansing of body, regular exercises, sun-cycle, asanas and pranayama and emotional stability. Thus, Ayurvedic system is a way of life which has to become a part of our daily life-style. It is not a one-time quick fix treatment but a holistic and continuous process. It is not my intention to go into details of the ayurvedic medical science and practices as it is beyond the scope of this article. The idea is just to demonstrate the highly advanced nature of this science which our fore-fathers had developed assiduously over centuries and which has been discarded by modern medical science as primitive.

​On the other hand, modern medical sciences consider human organism as a physical-chemical constitution made up of atoms, molecules and cells obeying the laws of physics and chemistry. Secondly, their core approach is to treat the symptoms rather than the ailments. It is fundamentally incorrect to say that high temperature, low blood pressure, skin irritation or rashes, joint pains, diabetes, cancer, arthritis, vomiting, nasal discharge, and urine disorders etc. are diseases. These are merely the symptoms of the malfunctioning of certain body organs or the body organism as a whole. Thirdly, their investigations are highly intrusive with many side effects. And fourthly, their medications are chemical based which cause to a variety of other ailments. A recent study in the US has revealed that approximately 67% of total ailments prevailing today are due to the side effects of the medications taken in the past. Ayurveda, on the other hand, is the most profound and holistic health system which has sustained human life for over three millennia. It is a natural health system based on profound study of human constitution and its functioning. It teaches us that simple, fresh and seasonal food; periodic cleaning of body; moderation in life and regular exercise go a long way in maintaining good health and well-being. Hence, Ayurveda is poised to return back with a bang.