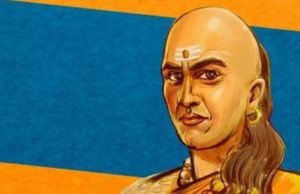 Chanakya, the great Indian social, political, military and economic strategist of the 4th Century BCE, remains an enigma in the world of international relations, political science and foreign policy for his ideas of extreme realism and uncompromising shrewdness to preserve the welfare of the state and the unity of the nation. Also known as Vishnugupta and Kautilya; he was born perhaps in 375 BCE, although precise dates are highly debatable among scholars. There are many legends about his childhood based on Buddhist and Jain fables. It is believed that he was born with the full set of teeth, had memorised Vedas at a very early age and was able to multiply one gold coin into eight. After completion of his education, he taught political science, mathematics, geography and the Vedas at the University of Takshshila – the most ancient university the world has ever known. Realizing the need for national unity during the war against Alexander – the invader from Macedonia – Chanakya was instrumental in the rise of Chandragupta Maurya and expansion and consolidation of his empire.

A Pali work describes how Chandragupta and Chanakya recruited an army from the disaffected people of the Punjab who had resisted Alexander and then recaptured the territory lost to the Macedonian invaders. Soon thereafter, Chandragupta and Chanakya succeeded in overthrowing the corrupt Nanda dynasty in Magadha (Dhana Nanda and his son Pabbata) in 324 BCE. Thereafter, Chanakya established himself as the Prime Minister of Emperor Chandragupta Maurya and worked to consolidate the imperial authority and expand the Mauryan kingdom from the Hindukush to the Bay of Bengal.  Chanakya as Prime Minister of the empire was responsible for the policy guidance of Chandragupta on all important issues. He also advised the Emperor to be virtuous, just and benevolent. Chanakya was considered as the embodiment of wisdom, a great thinker and a strategist who had earned respect of the masses. Megasthenes, who was sent as the Greek ambassador to the court at Pataliputra, wrote a book on India (Indica). The Indica greatly praises Chandragupta’s rule and describes Chanakya as the genius behind the wise and powerful Emperor Chandragupta. The Indica states that, “a royal road of more than a thousand miles connected the north-western territory with the capital. Provinces were ruled by governors and viceroys and the Emperor himself with the help of his council. An intelligence system, which included courtesans, reported to the king. Irrigation was regulated, and the army had more than 600,000 men; but they were outnumbered by the farmers, whose work was respected even in wartime”. This short quote from Indica gives an idea of the Grandeur of the Maurya Empire.

According to Buddhist and Jain legends, Chanakya used to mix small doses of poison in Chandragupta’s food to make him immune to poisoning attempts. The king, unaware of this, once shared his food with Queen Durdhara who died instantly. When Chanakya came to know of her death, he cut open the dead queen’s belly and took out the baby. The baby, who had been touched by a drop (bindu) of the poison, was named Bindusara. Years later when Chandragupta abdicated the throne and retired as an ascetic at Sravana Belgola (in present day Karnataka), Chanakya anointed Bindusara as the new king. One of Bindusara’s ministers named Subandhu who was jealous of Chanakya told Bindusara that Chanakya was responsible for the death of his mother. When the allegation was confirmed by the nurses, who told him that Chanakya had cut open the belly of his mother, Bindusara got enraged and started hating Chanakya. As a result, Chanakya, who had grown very old by this time, retired and decided to starve himself to death. Subsequently, when Bindusara came to know about the detailed circumstances of his birth, he apologised and implored Chanakya to resume his ministerial duties but Chanakya declined to return. Chanakya reportedly died in 283 BCE in Patliputra, presently known as Patna. While Bindusara was a great ruler, he was followed by his son Ashoka the Great who converted to Buddhism after the war of Kalinga and promoted Buddhism to many faraway lands.

The two important works attributed to Chanakya are; Arthshastra and Neeti-Shastra. In Arthasastra – the first ever book known to mankind on politico-economics, Chanakya discussed in detail the concept of welfare state, the role of the ruler, law and justice, legal system, taxation, fiscal policies, civil code, the civil service, social life, food and agriculture, industries, role of market and the art of diplomacy. It’s a very comprehensive treatise on all aspects of statecraft. The text contains 180 prakarnasor topics which are divided into 150 chapters as some chapters cover more than one prakaran. These 150 chapters are further grouped in 15 major sections or books. The entire text is in Sanskrit prose. Chanakya is generally recognized as the first important thinker anywhere to have systematized the school of political thought known as Political Realism. Territorial expansion was considered as an essential function of the ruler. In view of the extensive contents on diverse issues of statecraft, I shall confine myself to a few selected topics of diplomatic stratagem.

Self-Control by the King:

By overthrowing the aggregate of six enemies of lust, anger, greed, vanity, haughtiness and overjoy the ruler should restrain the sense organs; acquire wisdom by keeping company of the wise and experienced; see through his spies; establish safety and security of the state by being ever vigilant; enforce discipline of his subjects in performance of their duties by exercising authority; keep up his personal discipline by receiving lessons in sciences and endear himself to the people by ensuring their well-being and prosperity. Charity, wealth and desire are inter-dependent on each other. Any one of them enjoyed in excess will not only hurt the other two but also itself. A balance therefore, is very essential for the stability of the state and well-being of the people.