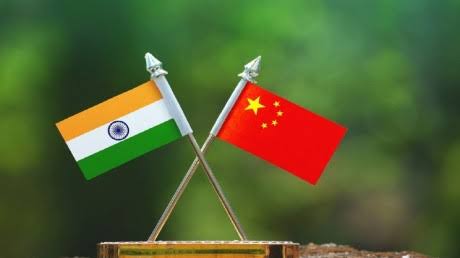 External Affairs Minister S. Jaishankar, has finally called a spade a spade. Addressing a virtual session by Australian think-tank, Lowly Institute, he said, relations between India and China are at the “most difficult phase” in the last three to four decades as the Chinese have amassed tens of thousands of soldiers in full military preparation mode right up to the Line of Actual Control in Ladakh in violation of bilateral agreements signed between the two countries. The Chinese aggression on the border in April this year forced India to respond and move troops to the region to safeguard it sovereignty. Jaishankar said that while smaller skirmishes over border patrolling did take place in the past but they were resolved through talks and there was never a “major breach” of the scale seen this time. Jaishankar emphasised that the two countries had signed multiple agreements starting from 1993 that essentially asked both parties not to bring large forces to the boundary to maintain peace and tranquility on LAC until the final resolution of the boundary issue. While, these agreements helped the two sides to maintain peace on the LAC over the last two decades, this April, the Chinese side brazenly violated these agreements and amassed large number of fully armed troops on the border particularly in Ladakh region.

While China has been stealing technology from US and Europe and has been grossly violating WTO rules and International Property Rights for a very long time, under the leadership of Xi Jinping, Chinese behaviour has become highly dominating and aggressive. In the recent past China has constantly resorted to lies and deception duly supported by wolf-warrior diplomacy. Chinese PLA has acquired mastery in ‘salami slicing’ of strategic spaces. The Chinese aggression against India was well planned to enable PLA to threaten India’s strategic air base in Daulat Beg Oldie, and thereafter, to go beyond the Karakoram Pass, crossing the LoC, in Jammu and Kashmir.  However, Indian troops backed by armoured personnel carriers, tanks and artillery, mounted pre-emptive operations, seizing control of strategic heights in Ladakh, overlooking deployments of China’s PLA; taking China by surprise.

An attempt was made by China in September this year by objecting to the Global Environment Facility [GEF] funding for the Sakteng Wildlife sanctuary in Bhutan calling it a disputed territory. The sub-text was aimed at sending a strong political message to Bhutan not to cooperate with India.Earlier, Chinese unwarranted presence in Doklam plateau was intended to convey precisely the same message. Bhutan has a 470 KM long border with China which is ill defined and not formally demarcated. Maoist led government in Nepal has enabled China in accelerating its dominance in Nepal. Chinese hold in Nepal is tightening with the funding of several infrastructural projects including a railway project connecting Nepal and Tibet and close links between the ruling communist parties. Recently Nepal was provoked by China to engage into cartographic aggression against India by changing its map claiming a part of Indian territory in the strategic Kalapani area.

Under its Belt and Road Initiative (BRI), China is trying hard to expand its strategic space and economic dominance. China’s $60 billion investment in the China-Pakistan Economic Corridor, will inevitably lead to Pakistan mortgaging land and project space, most notably, in and around the Gwadar port. Moreover, the project passes through Pak-occupied Kashmir which is an integral part of India. China has already taken control of Sri Lankan port of Hambantota on a 99-year lease in return for $1.1 billion; as Sri Lanka was unable to repay the debt. A similar effort is underway in Myanmar, through financing the construction of the Bay of Bengal port of Kyaukphyu. China is also pressurising Myanmar to permit the construction of infrastructure and industrial projects, in locations linking Kyaukphyu port, to its Yunnan province. China adopted the same strategy in Maldives, by saddling it with construction projects it could ill afford. Beijing was stopped by actions jointly taken by India and the US, after the previous Maldivian government was voted out of office. The same pattern has been repeated across Africa, with Chinese “aid” creating “debt traps”, followed by attempts to take over the projects and lands. There is, however, no transfer of knowhow or technology to the recipient countries in China’s projects. “Debt-trap diplomacy” has now become a Chinese specialty. This is a new Chinese strategy towards economic colonization.

South China Sea and other Issues:

China has territorial and maritime boundary disputes with Japan, Taiwan, the Philippines, Vietnam, Malaysia and Brunei. Beijing regularly uses force, in violation of the International Law of the Seas, to take control of maritime space of its neighbours. China is presently developing an artificial island in the area to create a maritime base to exercise greater control over South China Sea and to convert it into a China controlled maritime zone.

China is also expanding its global espionage network through its overseas students and the vast network of Confucius Institutes. Vast amount of funds are spent for influencing political parties, parliamentarians, journalists, media networks and other opinion makers. Generous hospitality is extended to selected individuals to make inroads in the decision-making apparatus of different countries. Going beyond, China has also used its check-book diplomacy to bribe influential leaders in some countries. Chinese digital applications controlled by Chinese companies are widely used by the Chinese State for collecting data on important institutions and influential individuals to acquire in-depth knowledge of their activities, habits and weaknesses. The repressive authoritarian one party system of China has fully exploited the freedom of speech, assembly, demonstration, judicial system, press and media and academics available in democratic countries to expand its inroads and manipulate institutions and individuals to suit its national interest.

Apart from the tough military stand taken on the border, India has also banned several Chinese digital applications detrimental to national security. Chinese investments in India have also been brought under closer scrutiny. Recently, India has also entered into a significant military agreement with the US, for the sharing of “sensitive satellite data,” as the two sides held a top-level security dialogue, aimed at countering China’s growing aggression in the region. India will now have “real-time access” to intelligence information on developments across its borders with China. India has also enhanced its cooperation with US, Japan and Australia; known as QUAD,to enforce a rules-based international order; respecting principles like freedom of navigation in the seas, respect for territorial integrity and the peaceful resolution of disputes in the Indo-Pacific region.

Major European powers like the UK, France and Germany are now waking up on growing Chinese dominance and on China’s gross human rights violations. However, European approach will depend on the attitude of the Biden Administration in dealing with China. India’s recent naval exercises in the Arabian Sea with the US, and partners in the Quad, have displayed a readiness to work with those who share its concerns about China’s hegemonistic characteristics. The democratic world is facing a serious threat from the Chinese onslaughts and needs to get united. Unfortunately, the ASEAN countries are still divided on dealing with China. Many of them are under economic pressure to accept while other prefer not to irritate China and have quietly accepted Chinese hegemony. Nevertheless, the world is waking up to growing Chinese economic and political aggression. India will have a crucial role to play to tame the dragon.