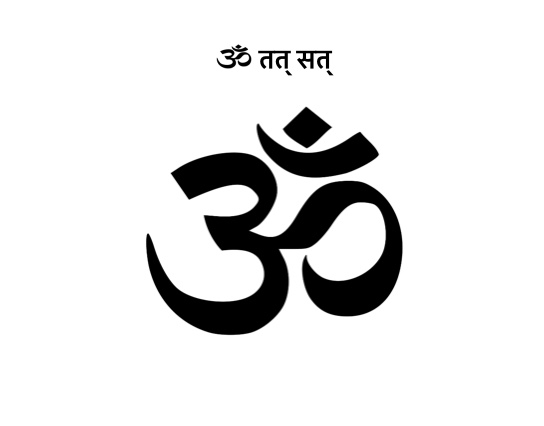 ​As explained in my previous articles under this series, the Vedas are the oldest source of science and wisdom. They embody the most ancient rituals and spiritual traditions in the world. Even the contemporary science is nowhere close to the depth of science contained in these oldest scriptures.

​Apart from some Suktas explained in the previous two articles, I am putting together a few other verses just to provide a glimpse of the vast wisdom and scientific facts contained in these ancient scriptures.

“This earth is devoid of hands and legs, yet it moves ahead. All the objects over the earth also move with it. It moves around the sun”. (Rig Veda 10. 22. 14)

“The sun has tied Earth and other planets through attraction and moves them around itself as if a trainer moves newly trained horses around itself holding their reins.” (Rig Veda 10.149.1)

The axle of the Earth does not get rusted, the Earth continues to revolve on its axle. (Rig Veda 1-164-29).

“O Sun! When you are blocked by the one whom you gifted your own light (moon), then earth will be surprised by the sudden darkness.”  (Rig Veda 5.40.5)

“All planets remain stable because as they come closer to sun due to attraction, their speed of coming closer increases proportionately.” That means that the velocity of planets is inversely related to distance from sun!

“Where the sages formed the speech with the mind,straining it as they strain flour with the sieve’ therein have friends discovered bond of friendship whose holy beauty lies hidden in that speech.” (Rig Veda 10.71.2)एकं सद विप्रा बहुधा वदन्ति।

“The One Being, sages call Him by many names.”

“The truth is one, the wise pronounce it in different ways.”

Prayer for Unity in Atharva Veda:

Freedom from hate I bring to you, concord and unanimity.
Love one another as the cow loveth the calf that she hath borne.
One-minded with his mother let the son be loyal to his sire.
Let the wife, calm and gentle, speak words sweet as honey to her lord.
No brother hate his brother, no sister to sister be unkind.
Unanimous, with one intent, speak ye your speech in friend-liness.
That spell through which Gods sever not, nor ever bear each other hate,
That spell we lay upon your home, a bond of union for the men.
Intelligent, submissive, rest united, friendly and kind, bearing the yoke together.
Come, speaking sweetly each one to the other. I make you one-intentioned and one-minded.
Let what you drink, your share of food be common together, with one common bond I bid you.
Serve Agni, gathered round him like the spokes about the chariot nave.
With binding charm I make you all united, obeying one sole leader and one-minded.
Even as the Gods who watch and guard the Amrit, at morn and eve may you be kindly-hearted.

Let not the battle-cry rise amidst any slain, nor the arrows of the war-god fall with the break of the day.

Two Birds with fair wings, knit with bonds of friendship, embrace the same tree.
One of the twain eats the sweet fig; the other not eating keeps watch.
The tree on which the fine Birds eat the sweetness, where they all rest and procreate their offspring, Upon its top they say the fig is sweetest, he who does not know the Father will not reach it.

​In the last four articles, I tried to provide a bird’s eye view of the Vedas. These are revealed scriptures and have remained unaltered ever since they were first revealed thousands perhaps millions of years ago. Their sanctity and purity have been ensured by many a lineage of Brahmana families and teacher-disciple traditions (गुरु-शिष्य परम्परा). The Upanishads, the concluding part of the Vedas, contain the nectar. They are the depository of the deepest science and the most intense spiritual secrets of life and existence. All the Indic religions (Hinduism, Buddhism, Jainism and Sikhism) have their origin in the Vedas. Their foundation and principal teachings find their roots in the Vedas. The meaning and interpretation of the Vedas is not easy to grasp. Many people believe that all human knowledge, known and yet to be known, is hidden in the Vedas in symbolic form, including all scientific discoveries and inventions. The Mantras reveal their fullest import (secrets) only to the deserving ones, (पात्रता) meaning only to those who are spiritually advanced. This has been clearly stated in the Rig Veda in Mantra 10.71.4 as stated below.

“Some perceive the speech but perceive it not, some listen to it but listen it not. For others it reveals its secrets just as finely clothed faithful wife displays her body to her husband”. (Rig Veda 10.71.4)