​Although, some of these languages are now extinct; the Indo-European languages still cover most of the major spoken world languages as given below. 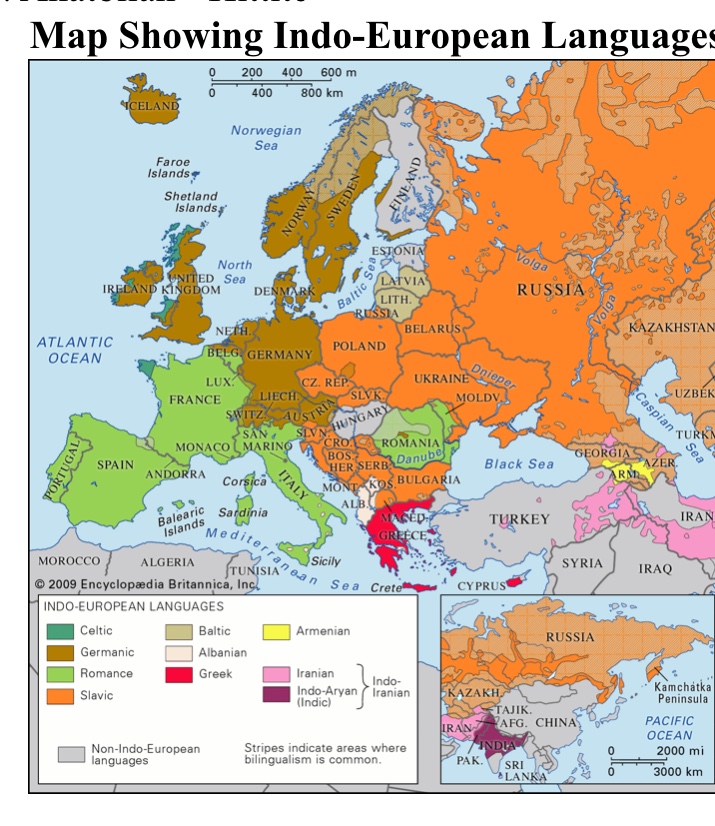 If we include the Indian Sub-continent, over 4 billion people speak the languages that trace their origin to Sanskrit. Many studies have shown that the grammar and other linguistic features of all these languages are similar but not identical and their vocabulary comes from Sanskrit roots. Sanskrit being the mother language of all, contains maximum features– 10 tenses, 8 cases, 3 genders and 3 numbers while the other languages contain lesser features as given below.
• Tense – While Sanskrit has 10 different forms of the verb called lakaara, most European languages have somewhere between 6 to 8.
• Case – Old Church Slavonic, Lithuanian, and Old Armenian (7), Latin (6), Greek, Old Irish, Albanian (5), Germanic (5).
• Gender – The three genders (masculine, feminine, neuter) have survived in some of the European languages.
• Number – The three numbers (singular, dual, plural) have survived in Greek, and Old Irish. Most other European languages have only dual numbers.
• Origin of Words from Sanskrit Roots: There are several hundred words in European languages that originate from Sanskrit roots. Some illustrative examples are given below. 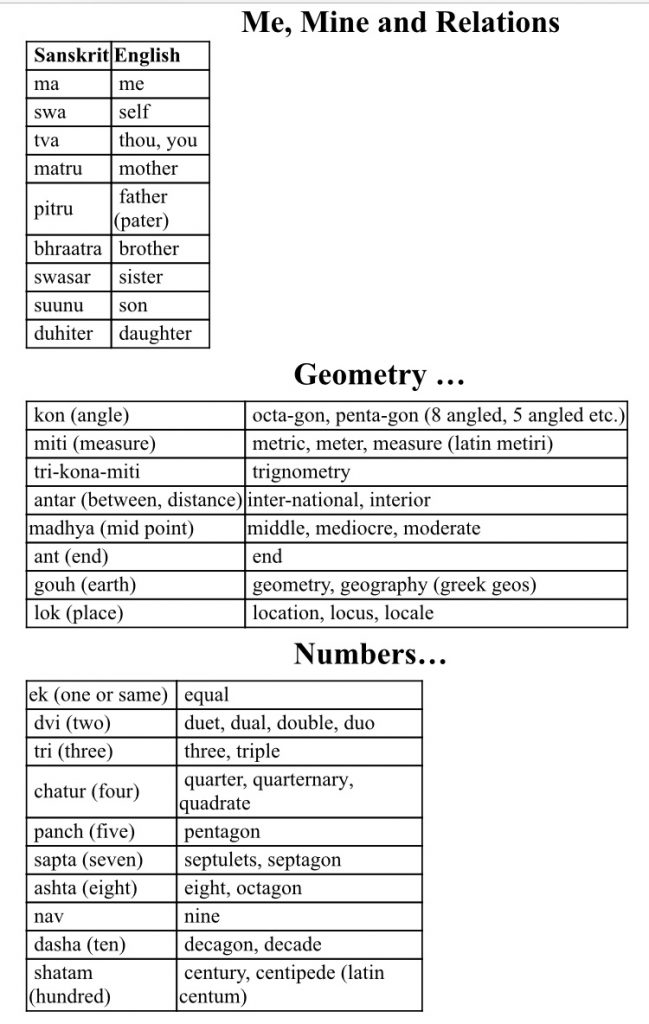 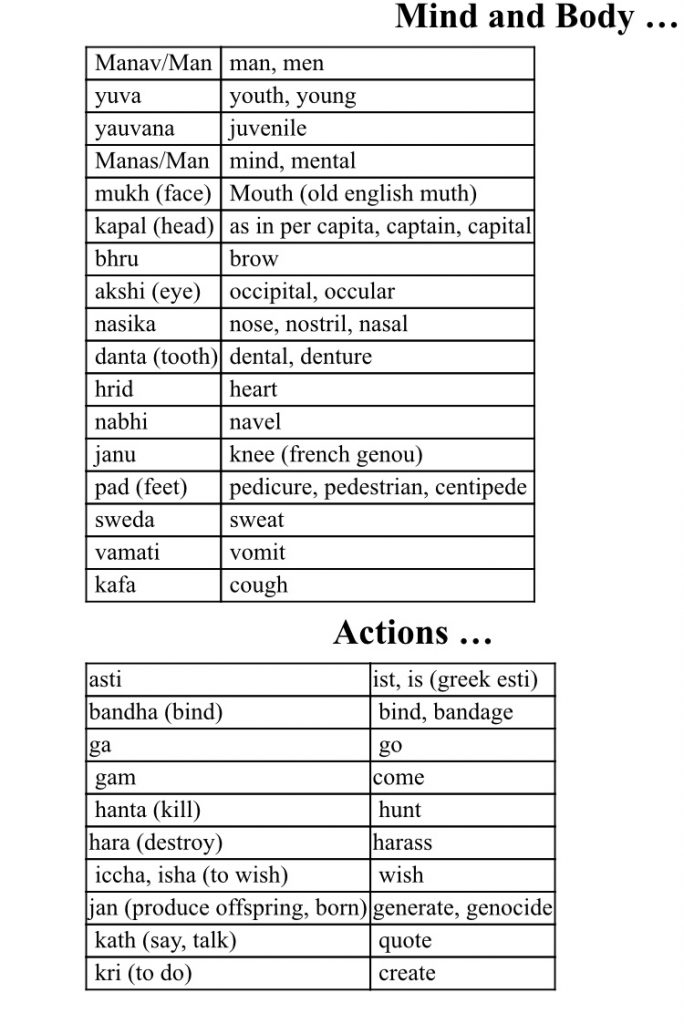 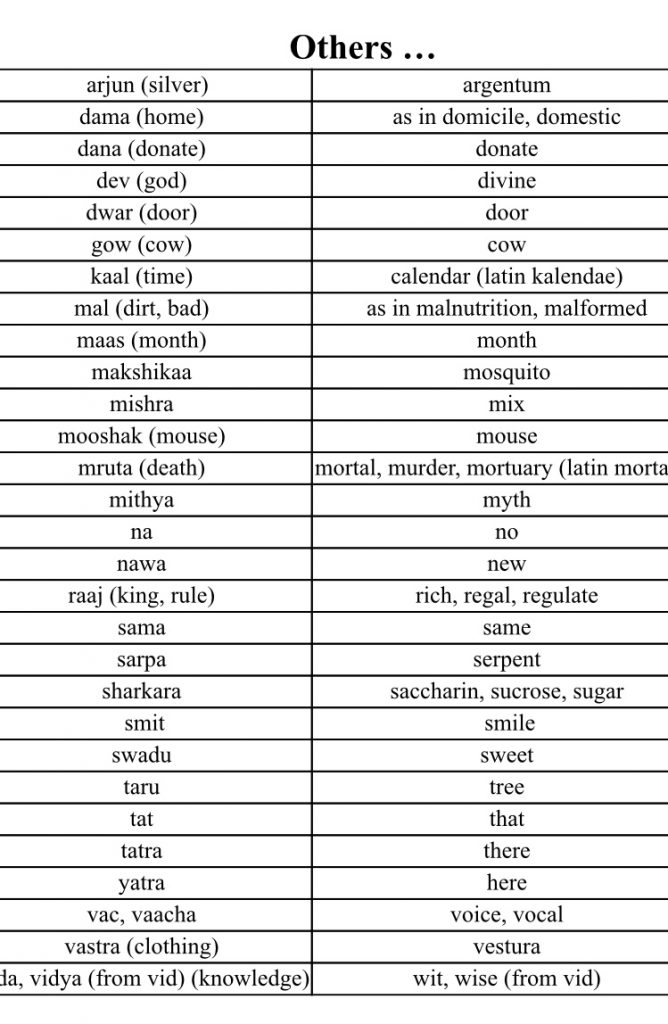 ​The prefix ‘a’ makes opposites meaning.

​From the above illustrations it should be clear that most of the European languages have borrowed their grammar, structure and vocabulary from Sanskrit. It is normal that when something is borrowed from the mother source, certain features are left out. At the same time some new features are added depending on the local conditions. This is also true for all dimensions of life – law, customs, festivals, cuisine, costumes etc. We Indian should be proud of the fact that Sanskrit is not only the oldest surviving language of the world but also has given birth to over 400 languages called Indo-European Family Languages and has influenced many more in South East Asia, North Asia and Central Asia as explained in my previous article.