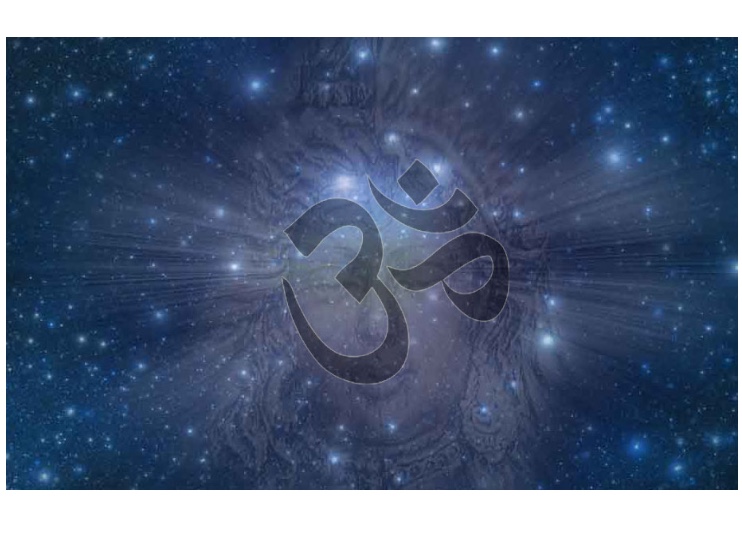 ​Whatever conscious and non-conscious that exists in this universe, is ​nothing but a manifestation of Brahman and is owned by Him. Keeping this ​in mind continue to live and enjoy in the spirit of renounced detachment. ​Since nothing belongs to you, do not have lust and attachment.  (Verse 1)

​As the spider sends forth and spreads its web and then withdraws it back, as ​a large variety of plants and herbs grow on the Earth, as from every living ​human innumerable hairs spring forth from head and body, the same way ​everything arises in the Universe from the Brahman, the indestructible.​(1/1/7)

​He can be felt neither inside nor outside. He is beyond intellect. He cannot ​be transacted, nor can He be seen, nor touched. He has no attribute, nor can ​He be subject of thought or imagination. He cannot be explained nor can He ​be described. He is eternal, always calm, benevolent, all-pervasive and ​without any parallel. One can only experience His power through the Self. ​He is Brahman whom one should know.                                       (Verse 7)

​With hands and feet everywhere; with eyes, heads, and mouth    everywhere; ​with ears everywhere in the Universe – He exists pervading all.  (13/13)

​He exists outside and inside of all living beings, the moving and the non-​moving. Being most subtle, He is incomprehensible by sense organs. ​Although far, far away; He is near to all. (13/15)

Based on the above indicative examples taken from different Vedic texts let us try to put together the defining elements of  Brahman/God.

​Brahman is infinite. Infinity has three elements; space, time and cause. Anything that has a place, a time or a cause of origin cannot be infinite. Since the very origin of time, space and cause lies in Brahman, He has to be beyond all these three. Infinite can never be turned into finite no matter how much you take out. This is a mathematical reality. Similarly no matter how much goes out of Brahman, it remains undiluted and complete in every respect. Let us take the example of a candle. With a burning candle we could light millions and billions of candles, still the original flame remains undiluted.

​Mind and matter on the other hand limit consciousness to a finite experience. For example human body limits individual consciousness to the boundary of that body. However once the body dies the consciousness becoms part of infinite consciousness in the same way as the space in a pot merges into infinte space once the pot is broken into pieces. In terms of degree, individual consciousness has been divided into four broad categories – mineral regime, plant regime, animal regime and human regime. Where there is no mind or matter there is no such variation. The power of movement leading to plurality is called Shakti. Thus plurality is a mere manifestation of this singular reality in the same way as millions of forms with different shapes and sizes could be made out of clay and millions of different ornaments could be made out of gold. In essence they are nothing but clay and gold.

​Brahman is the source of all that exists. The five great elements (space/ether, air, fire, water and earth) and mind, intellect and ego arise out of Brahman’s external energy (apara Shakti) while what keeps living species alive arises out of His more powerful inner energy (para shakti). Vedic writings divide life into 8.4 million species living in water, on the Earth and those in space. Consciousness that exists in the form of soul in these living species is called jeevatma in Sanskrit. Everything that exists in any form anywhere is made-up of a combination of these two (BG Chapter 7). On dissolution they all return back to the Brahman. Modern science also agrees that nothing can be created nor destroyed. What happens is, mere transformation. In this sense the entire Universe originates from one single source and dissolves back to the same source. While the physical universe keeps on transforming, the eternal universal consciousness remains static supporting the ceaseless change; as the ocean supporting the ever changing waves.  Thus the Universe is one single unified entity with multiple manifestations.

​Brahman has no attributes and form but at the same time He is the only source of all attributes and forms. Attributes limit functionality. For example the attribute of hearing of our ears limit their functions to hearing alone. They cannot see, smell or taste. Similarly the attributes of sunlight, water, sugar, salt, wood or iron limit their functionality to those defined attributes. Therefore anything that has attributes can never be infinite, all pervasive and source of all. Sense organs are designed to perceive attributes like sound, form, colour, smell and taste. Since Brahman has no such attributes, How can He be perceived through our senses. On the contrary, the sense organs and the mind function because of His energy. He is the only power behind all sense perception. Once this energy (soul or consciousness) leaves the body all these faculties are rendered ineffective. Even the body starts decomposing instantly. Therefore any attempt to perceive Him through sense organs is futile.

Source of Knowledge and Bliss

​Brahman alone had been described as the source and culmination of all knowledge and infinite bliss (ananda in Sanskrit). We as humans also inherit these characteristics as part of our primeval nature for they are embedded in human soul. Precisely for this reason we have inherent curiosity to know and eternal desire for happiness. Can we find anyone who wishes to remain ignorant and is looking for distress? It is not possible because this is against the very nature of our Self. Matter and mind reduces these infinite attributes to finite and transcient pushing us into the cycle of pain and pleasure experienced in the material world.