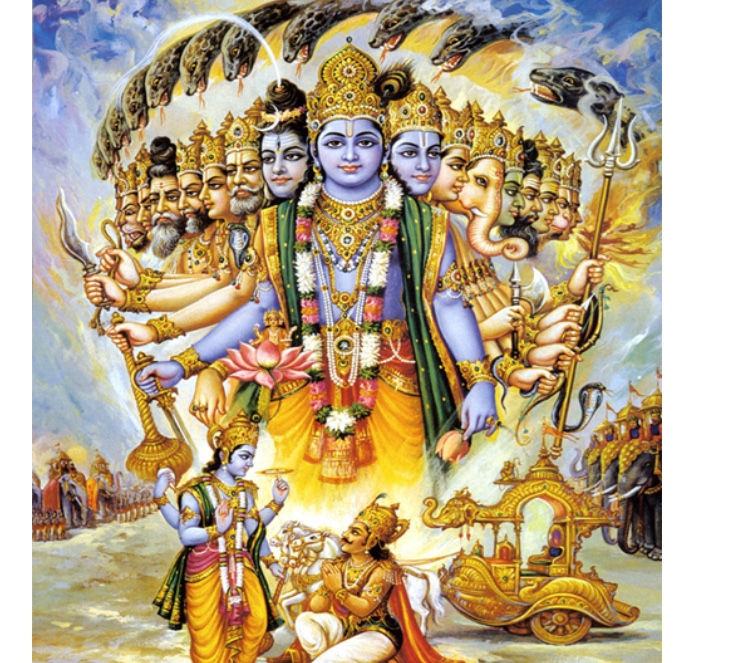 The concept of dharma is a unique to Indian thought and values. It’s a pervasive concept transcending ethics, morality, law, justice, social behaviour and even political system. Dharma constitutes the foundation of individual behaviour, inter-personal relations, social conduct, state policies and international relations. Even the forces of nature are governed by dharma. Precisely for this reason ancient Indian writings have devoted volumes describing dharma and its significance in different domains of life. The great epic Mahabharata contains the most profound debate on this subject in a variety of situations.

What is right? What is wrong? What is ethical and what is unethical? What is the right conduct in a given situation? Are there moral or ethical absolutes? Two soldiers were fighting in a battle field against the enemy. One of them suffered a serious bullet injury and was writhing in pain. His colleague realizing that it was impossible to save him, shot a bullet in his chest and killed him to relieve him of pain. Then he continued to fight against the enemy. Was his conduct, right? During the Second World War a Jewish family was hiding in a Christian home. A Nazi soldier came and enquired whether there were any Jews in the vicinity. The Christian family lied and said ‘no’ instead of consigning the Jewish family to a horrible death. Was the Christian family wrong in telling a lie? In another situation a person was starving of hunger for three days. He had no money to buy food. He went to a shop, stole some food and ate that to survive. Was he right? There was a dacoit in India who used to take away wealth from the rich and distribute that among the poor, just like Robin Hood in the English folklore stories of the 13th century. Was his conduct ethical? I used to donate small change to beggars on the road side. One day one of my colleagues told me that by donating to road side beggars I was promoting begging. Since then, I hesitate in doing so. I still wonder what is right and what is wrong. A father and his son got stranded in a desert. Both of them were terribly thirsty and needed water to survive. They were left only with a few drops of water. The father was telling his son to drink while the son to his father. Who should drink that water? These are simple questions but most difficult and perplexing to answer. Answering these questions is like walking on a naked sword. Our reasoning fails. Our intellect gets clouded. We find ourselves in a state of dilemma. Individually these questions keep chasing us all the time like our own shadow. Since there are no straightforward answers to these questions, dilemmas on such issues of daily life continue to be a perpetual state of human existence. Dharma depends upon place, time, circumstances, age, degree of evolution and the community. The Dharma of this century is different from that of the tenth century.

Although volumes have been written over centuries, the precise definition of Dharma still remains elusive and vague. Reducing the depth of this profound ocean to writing is an arduous task. It defies the vocabulary available at our disposal. This concept is best understood by introspection with an empowered mind and an elevated soul. Nevertheless, based on the ancient Indian writings, I will try to define the concept of dharma as best as I can. The Sanskrit word dharma comes from the root ‘dhri’ which means ‘to hold’ or to stand firmly on a ground or a base. In Hindi, the Earth is called ‘dharati’ because it holds and sustains the human, animal, vegetable and mineral kingdoms. ‘Dharya’ meaning patience or to hold, also originates from the same root. Dharma is therefore associated with an idea of the ‘sustainer’, ‘something firmly established’, ‘a ground which holds’ or ‘the core characteristics of a being that holds him together’. In ancient Indian writings, dharma has been defined in a variety of ways. These include the natural order, the laws of nature, law and justice, customary order followed by the wise, duties and obligations of a human being, virtuous behavior, ethical behavior, morality, truthfulness, right conduct and righteous path. The Atharva Veda describes dharma as prithivim dharmam dhritam – meaning ‘the Earth (inhabited by the entire humanity) is upheld by dharma’. Tulsidas, the author of Ramcharitmanas describes compassion as the root of dharma. Some others call selfless love as the root of dharma.

Yudhishthira who was an embodiment of dharma in the Mahabharata at one stage himself admitted, “Whether we know or do not know dharma, whether it is knowable or not, dharma is finer than the finest edge of a sword and more substantial than a mountain. On the first sight it appears clear and solid like a town, on a closer look it vanishes from the view.” In another story recounted in the Mahabharata, Yudhishthira while answering the questions of Yaksha, defines dharma as the path followed by the wise. Shankaracharya, an Indian philosopher of the 10th century, defines dharma as the virtuous path of duties. Manusmriti lays down ten fundamental prerequisites for dharma. These are the following: patience, forgiveness, self-control, honesty, purity, control over senses, reasoning, knowledge, truthfulness and the absence of anger. Thus, in relation to humanity, dharma in essence is a virtuous path that upholds the integrity of an individual and harmonious relationship in society. It is not a sectarian concept based on rigid principles applicable to a defined group of people. Rather, it is a universal law of virtuous conduct and righteous behavior applicable to the entire human race and all varieties of human relationships. However, many times its interpretation and application could be as tortuous as walking on a rope. Even Bhishma, the most learned and experienced character in the Mahabharata stumbled on this path many times.

The following verses from the Mahabharata do provide an idea as to what dharma is.

Who has in his heart always the well-being of others, and is wholly given in acts, thoughts, and in speech to the good of others, he alone knows what dharma is.

Who has for all beings kindness and compassion and who has the sense of unity to all beings; he alone is in unity with dharma.

The one who has conquered his self, has feelings of friendship and goodwill towards all and dignity of conduct and cheerfulness is in unity with dharma.