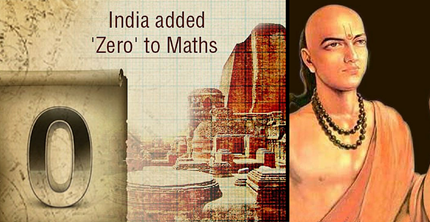 Historical Timelines of our History:

In most cases history is a matter of conjecture. When we travel back in time, timelines get blurred. In most cases enough physical evidences are not available. Those available, are fragmented and leave the jigsaw puzzle incomplete. Moreover, the dating process is full of gaps and suffer from individual biases.

In the past, many timelines have been shifted by millions even billions of years. In the 16th century the western scientists due to some Biblical reference considered the Earth and the universe to be only 6000 years old (genesis 1). Now it is considered 4.3 billion years old. In case of India, while the written historical texts are limited, oral traditions have been very strong since the time immemorial. The Vedas for instance, are known to have existed and transmitted in oral form for over several millenniums before they were committed to writing in the form we know them today. Chaturvedi, Trivedi and Dwivedi are titles given to those who could transmit 4, 3 and 2 Vedas orally. Similarly, the Namboodaris in Kerala followed this tradition of oral transmission for thousands of years.

Unfortunately, the history of Bharatha’s been either deliberately distorted by the invaders and the colonial powers to suit their strategic interest by creating a feeling of inferiority complex amongst the citizens or became the victim of their pre-conceived notions based on the Biblical references completely ignoring the ancient Indian writings and the tradition of oral transmission.

The Bhimbetka rock shelters are an archaeological site in the state of Madhya Pradesh in central Bharat that spans several prehistoric periods. Bhimbetka is a UNESCO world heritage site that consists of seven hills and over 750 rock shelters distributed over 10 kilometres. Experts hold the view that at least some of the shelters in this area were inhabited more than 1,00,000 years ago. Some of the Bhimbetka rock shelters feature prehistoric cave paintings which are considered at least 10,000 years old. In Tamil Nadu, ancient paleolithic cave paintings are found in Padiyendhal, Alampadi, Kombaikadu, Kilvalai, Settavarai Nehanurpatti. The paintings are estimated to be somewhere between 30,000 to 10,000 years old. Incidentally their art form is similar to Bhimbetka rock shelters in Bhopal. Before the above-mentioned discoveries, many scholars believed that settled life which involves transition from foraging to farming and pastoralism, began in South Asia around 7000 BCE. From the above it is clear that the timelines of India’s history are still unsettled and could range anywhere between 7000 BCE to nearly 1,00,000 years ago. Moreover, this range could also change depending on new discoveries in the future.

The Puranic chronology also provides an estimated timeline of India’s history. Two central dates are the Mahabharat War, which according to this chronology happened at 3138 BCE (or 5158 years ago), and the commencement of the Kali Yug which started on 17-18thFebruary, 3102 BCE (or 5122 years ago). These dates are considered very precise based on astronomical calculations. The period of Ramayana was certainly much before Mahabharata since there are many references to Rama and Hanuman in the Mahabharata. Since the Vedic Period precedes Ramayana, it is quite reasonable to assume that the Vedas were written at least 8000 to 10000 years back in time. A systematic study of Ikshvaku and Kuru Dynasties given in detail in our scriptures would also confirm these timelines. MS Golvalkar in his 1939 publication we or our nationhood defined stated that “Undoubtedly […] we — Hindus — have been in undisputed and undisturbed possession of this land for over eight or even ten thousand years before the land was invaded by any foreign race”. According to Subhash Kak, “the Indian civilization must be viewed as an unbroken tradition that goes back to the earliest period of the Sindhu-Sarasvati tradition (7000 or 8000 BC)”. According to Sudhir Bhargava, the Vedas were composed about 10000 years ago. From the above one can surmise that Bhartiya civilization has an unbroken history of at least 7000 to 10000 years. Many other scholars who have intensely studied and analyzed many ancient Indian writings hold a similar view.

The western view dates the Vedic period around 2000 BCE. Given the precise dates of the Mahabharata war, this timeline is obviously false. None of the western scholars have given any supporting data to substantiate their view point.  It is possible that based on the belief of Christian theologists, most western scientist could not have thought that anything could have existed before 4000 BCE. They have simply quoted one another making cross connections without any scientific study. These very scholars also put Mahabharata period around 500 BCE which is contrary to the fact as the Mahabharata war preceded thousands of years before Buddha’s birth. According to the Buddhist tradition and the modern academic consensus, Gautama Buddha was born sometime between 563–483 BCE in Lumbini near Kapilavastu, Kosala kingdom, presently in Nepal. Obviously, the dates circulating in the western literature have no foundation to stand on.

The Aryan Invasion Theory invented by the western scholars has also been demolished by recent studies based on the analysis of DNA samples extracted from the skeleton of a woman buried in Rakhigarhi (Harappan Ruins) four to five millennia ago. Similar DNA tests have been carried out on some other skeletons of that time. The ancient DNA results completely reject the theory of Steppe pastoral or ancient Iranian farmers as a source of ancestry to the Harappan population. The recent research clearly showed that the Vedic culture was developed by indigenous people of Bharat living between the Himalayas in the north, the Indian Ocean in the South, the Hindukush Mountains in the west and the Bay of Bengal in the east.The word Arya which is of Sanskrit origin basically means a cultured and well-educated individual. The ladies in ancient Bharat used to call their husbands as Arya-Putra. The word has nothing to do with race or ethnicity.

During the colonial period the history books taught in Bharat used these timelines and Aryan Migration Theories to systematically undermine our history and our confidence. It is unfortunate that even after 70 years of independence we continue to use the same timelines and theories in our history books completely ignoring our own ancient writings. Most of our so-called intellectuals also use these timelines without any research and thought. These lies have been repeated generation after generations making them look like the truth. Even the current government that swears allegiance to the India’s heritage, has failed to correct this and many other gross inaccuracies in our history. The history lessons taught in our schools need complete overhaul if we want our younger generation to have an accurate and scientific view of our history. A panel of distinguished scholars who are also well-versed with our ancient scriptures should be entrusted this task so that we can accurately rewrite our history.