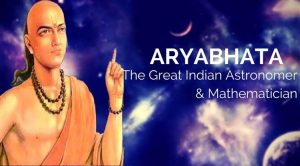 Aryabhata (476-550 CE) was one of the greatest astronomers and mathematicians of all time. His works include Aryabhattiya and Arya-Siddhanta. While Aryabhattiya has survived the vagaries of time and is available in its original form, Arya-Siddhanta has been lost except for the later references that are available in the writings of Bhaskara and Brahmagupta. A third text, which may have survived in the Arabic translation, is Al ntf or Al-nanf. The text itself states that it is a translation by Aryabhata, but the Sanskrit name of this work is not known. Born on 21st March 475 CE in Bihar near Patliputra, Aryabhata attended Nalanda Vidyapeeth in Bihar and spent most of his later life there. His life coincided with the rule of Gupta Dynasty. Aryabhata has written about his own birth in Aryabhattiya in the 10th verse of Kalakriya Pada stating that 3600 years into Kaliyuga (499 CE) he was 23 years old. According to the Mahabharata and the Surya Siddhanta (written in 6th century BCE), Kali Yuga began on 18th February 3102 BCE soon after the end of Mahabharata war.

Aryabhattiya contains just 121 Sanskrit verses with a wealth of information on astronomy, physics and mathematics. The text is divided into the following four chapters:

System of Alphabetical Notations: Aryabhata invented a very simple system of representing numbers through the letters of Sanskrit alphabets reducing mathematics to simple verses. This comprehensive formula has been given in the 2nd verse of Gitika Pada. Let us see how it works. 33 consonants and 9 vowels represent the numbers as given below.

Thus 33 consonants and 9 vowels make up (33×9) 297 alphabetic numerical syllables. In this comprehensive table क represents 1 while हौ represents 1018. Thus, the system allows numbers up to 1018 to be represented with an alphabetical notation.

He also carries out calculations on square and cubic roots which would be impossible if the numbers in question are not written according to the place value system and zero. Thus, according to the historical records available, it is clear that Aryabhata was the first person who invented Zero as well as the Place Value System. These two form the foundation of modern arithmetic.